“Joseph Bastian took over the program in a very sovereign way as a conductor, transforming this unexpected debut into an artistic triumph.” 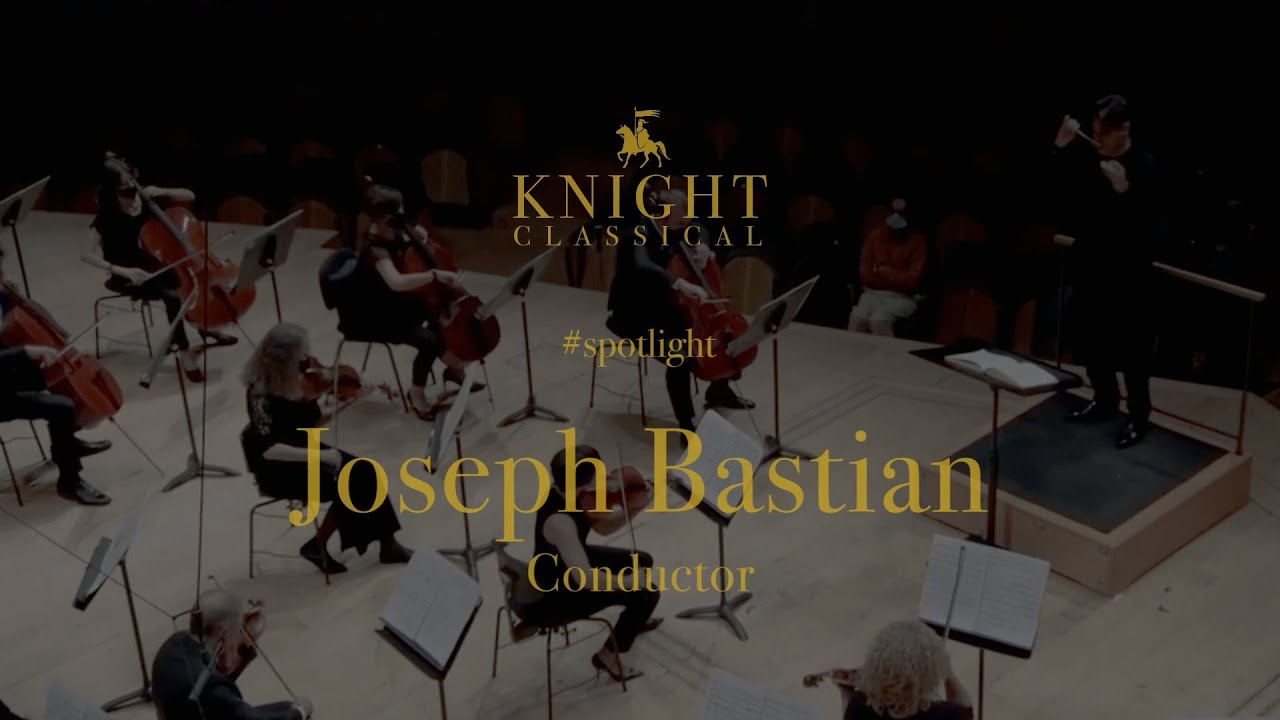 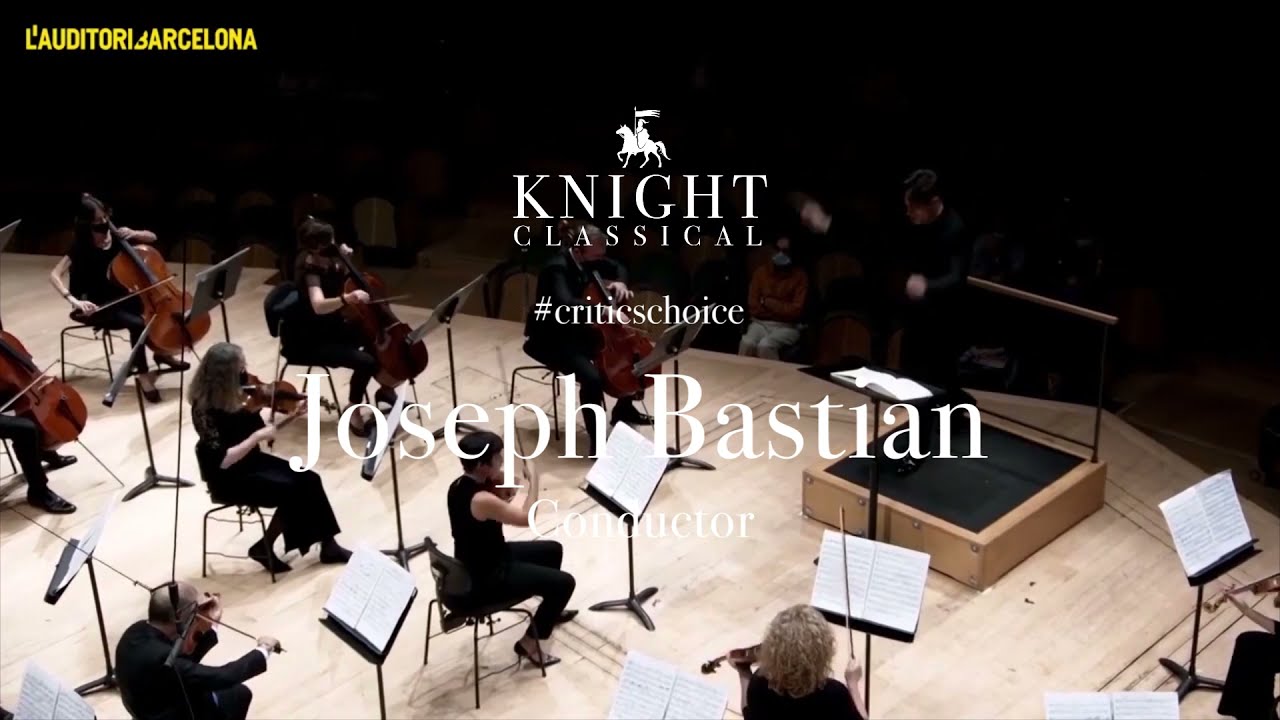 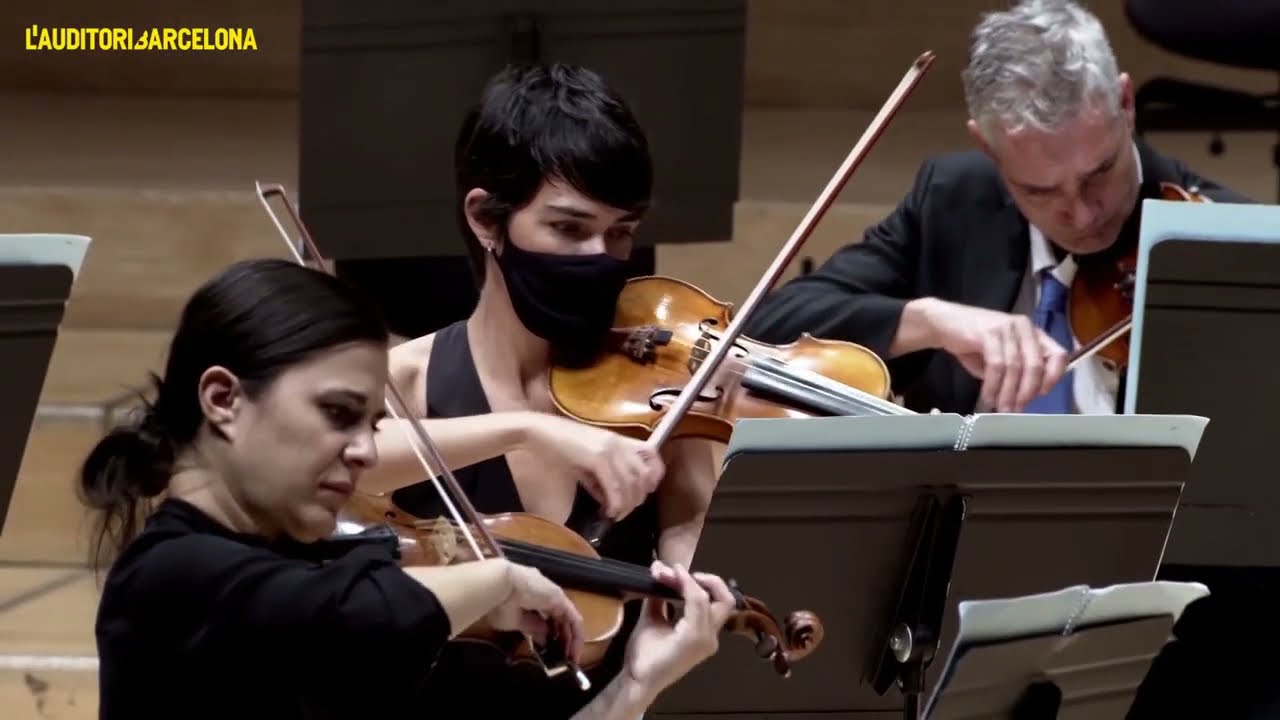 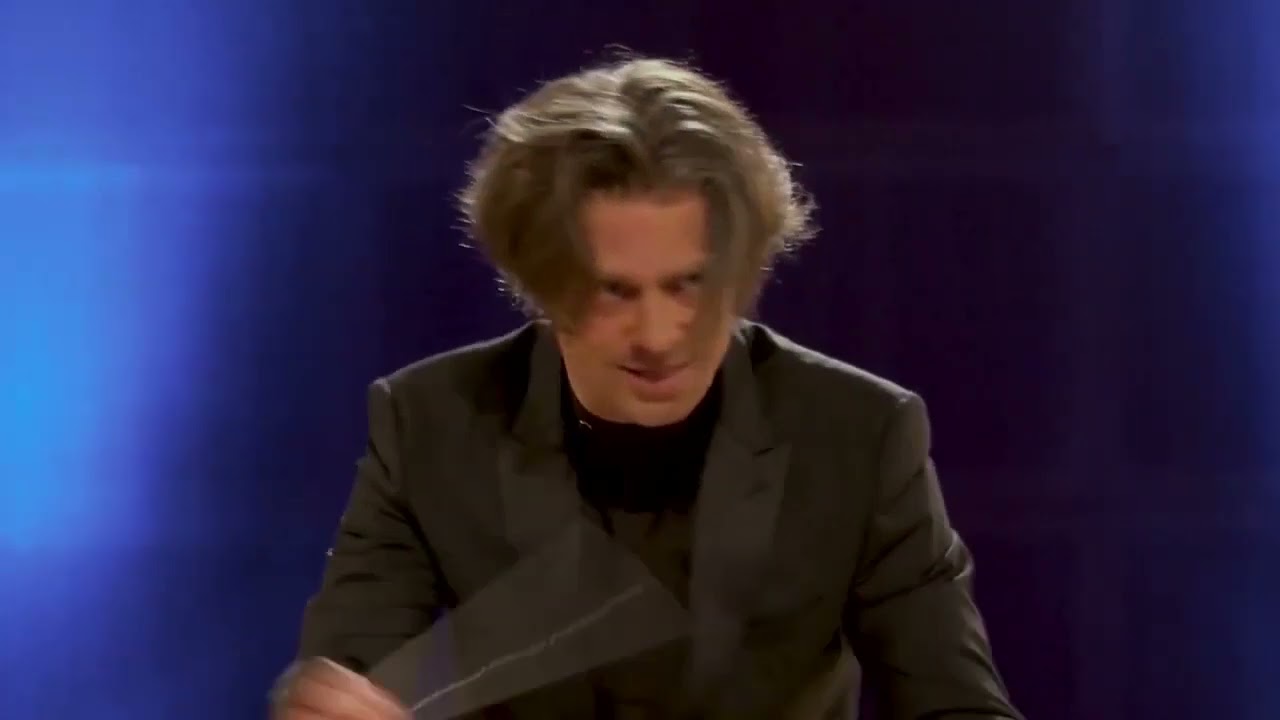 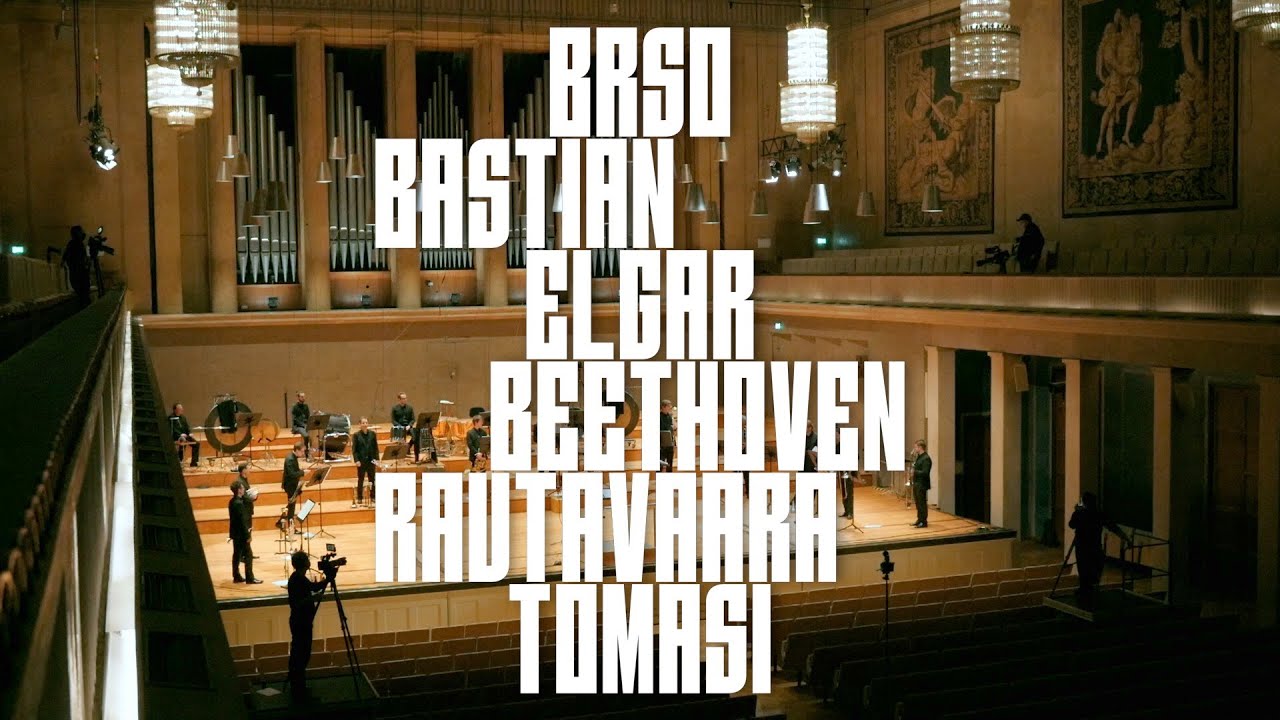 Swiftly emerging as one of the most exciting talents of the younger generation, French-Swiss conductor Joseph Bastian is widely celebrated for his “total precision, and calm and masterful manner”, and renowned for the remarkable and tangible sense of partnership he creates with orchestral musicians.

The 2022/2023 season marks the beginning of Bastian’s tenure as Music Director of the Orchestre Dijon-Bourgogne, France.  In Dijon, Bastian builds the orchestra of the Opéra de Dijon in its first forays as a symphonic orchestra in its own right, exploring a diverse range of repertoire, including two world premieres of works by Pierre Thilloy, alongside major symphonic statements.  2022 is also Bastian’s first year as Principal Conductor of the Asian Youth Orchestra, a role in which he inspires this premiere ensemble on major annual tours through Europe and Asia.Read More

The former Principal Bass Trombonist of the Symphonieorchester des Bayerischen Rundfunks (‘BRSO’) (2004-2017), Bastian burst into the international spotlight in February 2016, when he stepped in at the last moment to conduct the orchestra in three subscription concerts – replacing an indisposed Robin Ticciati – with the blessing of his Chief Conductor and conducting supporter, Mariss Jansons. Embracing a demanding programme of Brahms, Berg, and Elgar, Bastian “took over in a very sovereign way as a conductor, transforming this unexpected debut into an artistic triumph” (Abendzeitung München). The event was widely heralded as a “sensational debut” – and Bastian was immediately re-invited. Bastian’s recent projects with the BRSO have included a contemporary programme of Boulez and Reich, following which he was awarded the prestigious Eugen-Jochum-Preis for Conducting (2019).

Born in France to a French-Swiss family, Bastian began his musical journey by studying the cello, trombone, and composition. After studies in trombone at the University of Music Saar, he performed as a member of the Gustav Mahler Youth Orchestra under Claudio Abbado and Pierre Boulez, and the Orchestra of the Academy of the Munich Philharmonic, before taking up his position as Principal Bass Trombonist with the BRSO.

During his tenure with the orchestra (a period which afforded him first-hand observation of the rehearsal techniques and performance styles of many of the world’s leading conductors), Bastian was helped and supported in his own conducting studies by Mariss Jansons, with whom he worked closely as an Assistant Conductor. He also worked as an Assistant to Daniel Harding (BR Choir, Symphony Orchestra, and Academy), and Vladimir Jurowski (London Philharmonic Orchestra), whilst receiving masterclasses and support from such artists as Bernard Haitink (Festival Strings Lucerne), Jorma Panula (Noord Nederlands Orkest), and David Zinman (Tonhalle-Orchester Zürich). Bastian further honed his skills as Chief Conductor of the Abaco-Orchestra of the University of Munich (2011-2018), touring the orchestra to such major European venues as Musikverein Wien. He was awarded the prestigious Neeme Järvi Prize at the Gstaad Menuhin Festival & Academy (2016), and went on to take the Gstaad Festival Orchestra on international tour during the 2016/2017 season. In spring 2018, Bastian took the decision to resign his position as Principal Bass Trombone, in order to dedicate himself fully to developing his rapidly expanding career on the conducting podium.

In addition to his work with the Zürich Opera Studio, Bastian’s operatic experience includes productions with BRSO, Bourgas State Opera, and Kammeroper München. Alongside the major symphonic repertoire, coupled with a dedication to the championing of contemporary works (including the recent world premieres of Fredrik Högberg’s Violin Concerto, and Aziza Sadikova’s Percussion Concerto), Bastian also has a keen interest in historically informed performance practice. During his earlier career as an orchestral musician, his expert knowledge of instruments such as the sackbut, serpent, and ophicleide saw him perform not only with the Symphonieorchester des Bayerischen Rundfunks, but also with other such world-class ensembles as the Berlin Philharmonic Orchestra.

Joseph Bastian lives in Munich with his wife – the soprano, Lydia Teuscher – and their two children.

On 18 November 2022, Joseph Bastian makes his debut with the Estonian National Symphony Orchestra,...

Joseph Bastian is in Stuttgart this week making his return to the SWR Symphonieorchester. The...

“The best Barcelona Symphony Orchestra concert of the season – Bastian is a rising star to watch.  A balanced and fascinating sound – careful use of percussion, the warmth of the strings, and the fineness and brilliance of woodwind and brass ensuring very beautiful moments expressing an imaginative universe.  Bastian is a conductor who is both moving and sincere.”

“Bastian successfully strives for the very best on the podium.  With his bare hands and elegantly rounded curves, he immediately models Haydn’s D major Symphony No.42 into the most important highlight of the concert…the orchestra shines with a velvety-soft noble sound and enormously plastic contrasts between rich forte and whisper-quiet piano.”

“Joseph Bastian does not do things by halves…. His qualities as a conductor – one who takes care of the individual strings and brass groups and elicits a round, luminous sound from the orchestra – was celebrated in the almost sold-out Tonhalle loudly, like a star…. Concise, concentrated, and elegant conducting.”
WAZ-Kultur

“Led by conductor Joseph Bastian – ‘a young Jonas Kaufmann type’ – who directed the orchestra with confidence and elegance, equipped with clear gestures and and keen eyes. This is someone on the podium who has already proven his skills, and is on the way to a great career.”
inFranken.de

More Reviews
“Bastian performs with total precision, in a calm and masterful manner…complemented by an impressive and tangible sense of partnership with his musicians. A well-deserved ovation.”
Blickpunkt Nienburg

2018 (Review of debut with Bremer Philharmoniker)

“Joseph Bastian took over the programme in a very sovereign way as a conductor, transforming this unexpected debut into an artistic triumph.”
Abendzeitung München

“What an opportunity, and how technically immaculate and inherently musically Joseph Bastian took it.(…) For the “Enigma Variations” by Edward Elgar Bastian was able to draw on abundant resources and let the 14 portraits shine in the most beautiful colours – always with intention and never out of proportion.”
Süddeutsche Zeitung