“A pianist of rare gifts… Not since Murray Perahia’s triumph in 1972 has Leeds had a winner of this musical poise and calibre.” 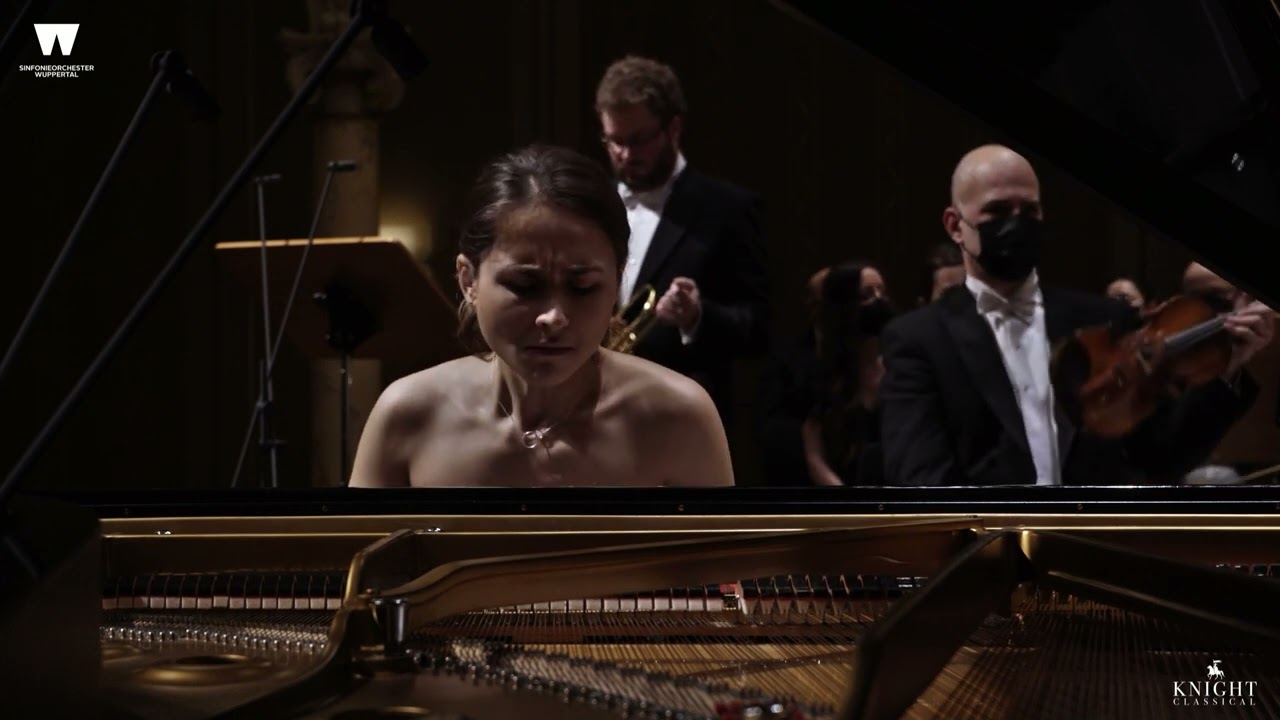 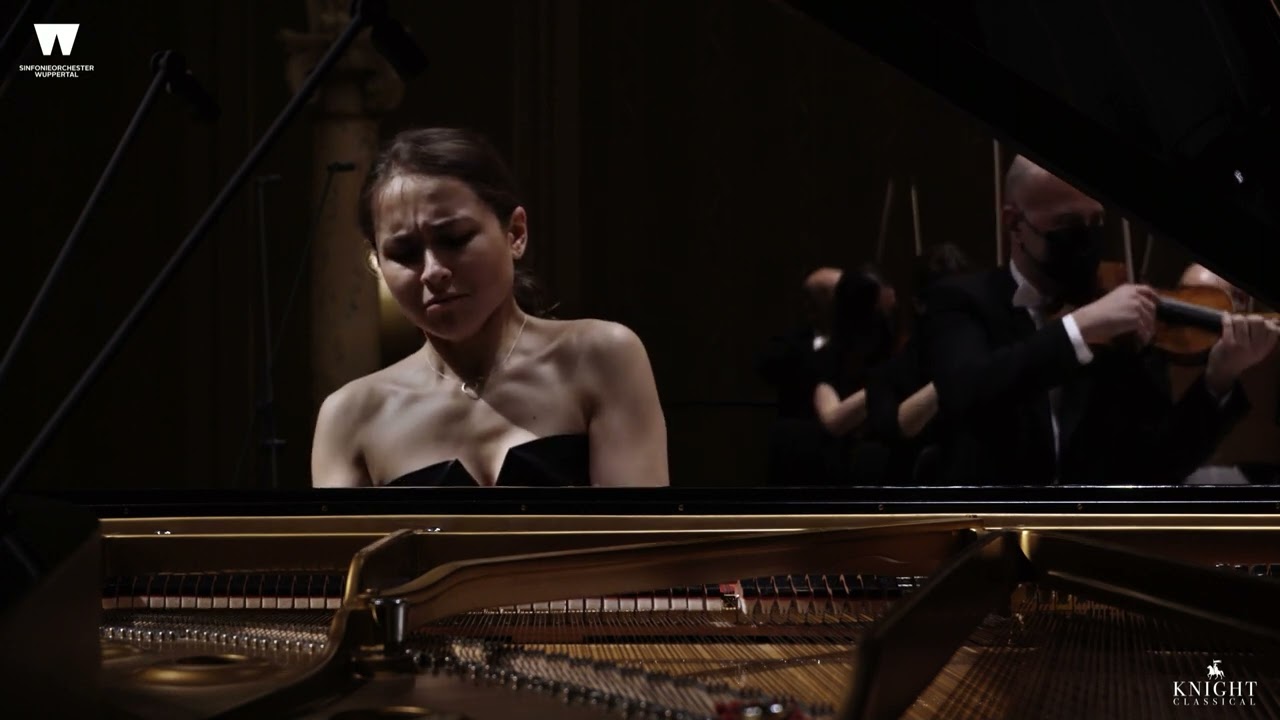 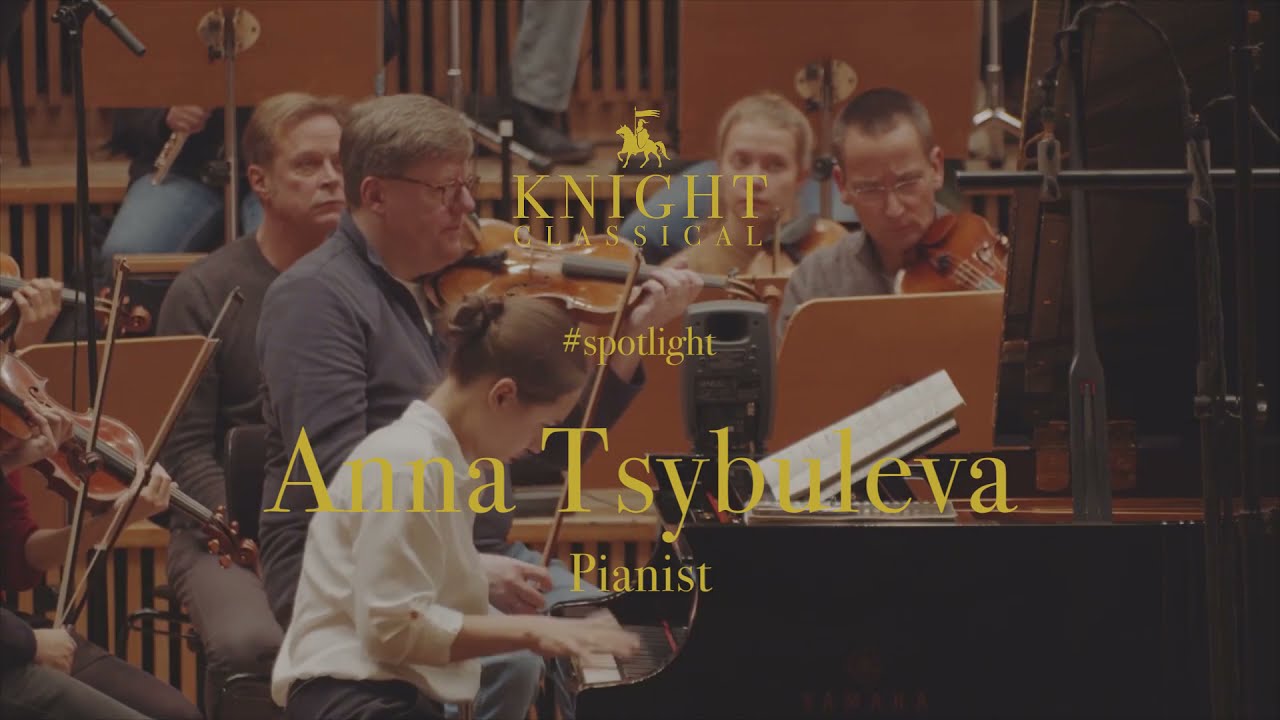 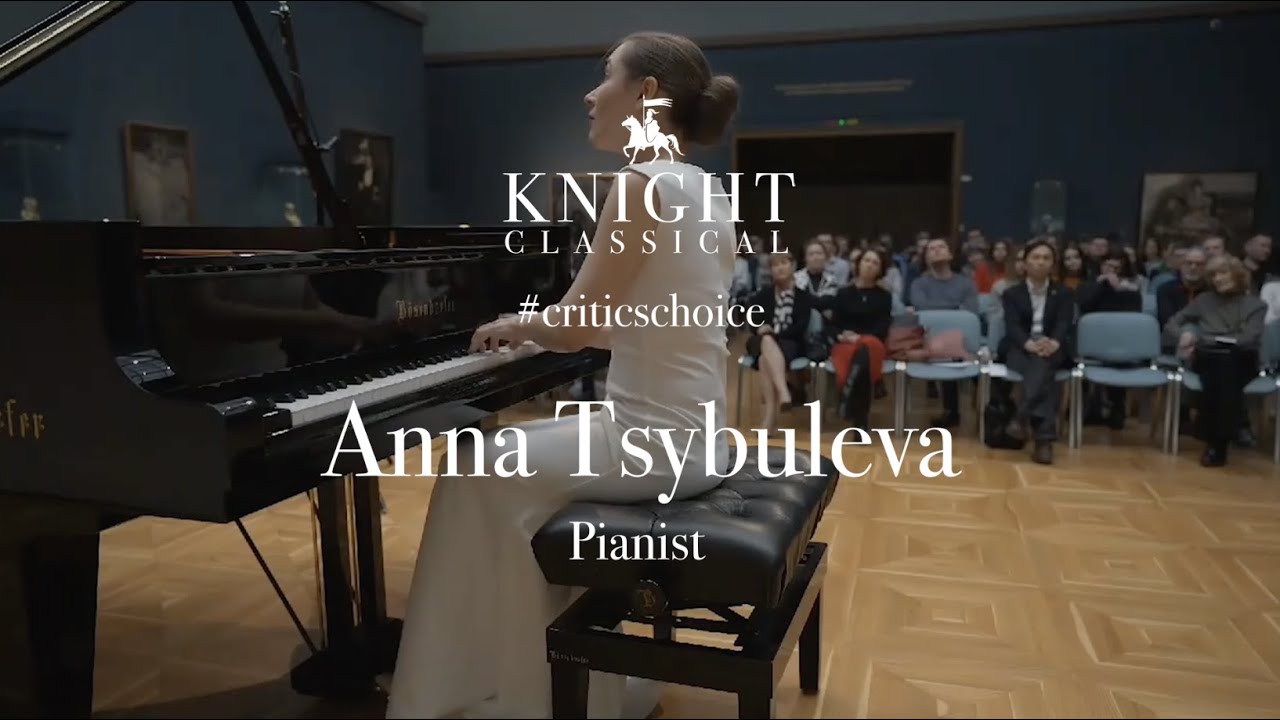 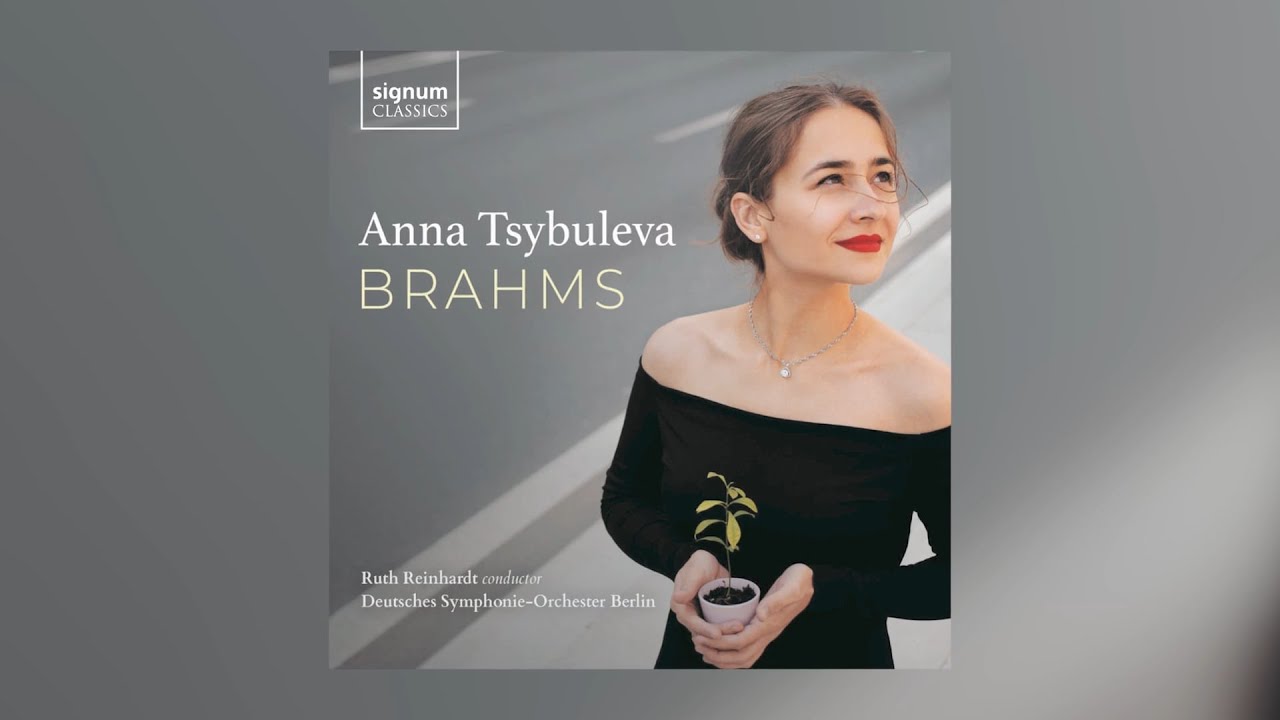 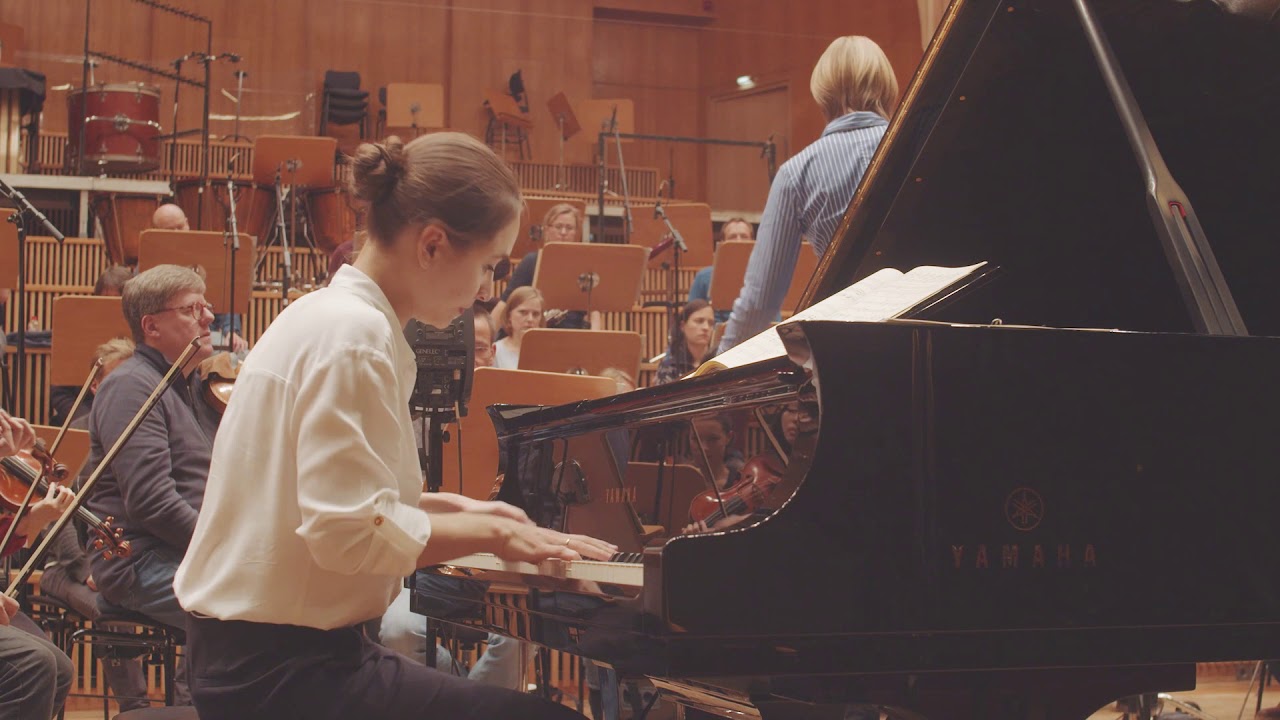 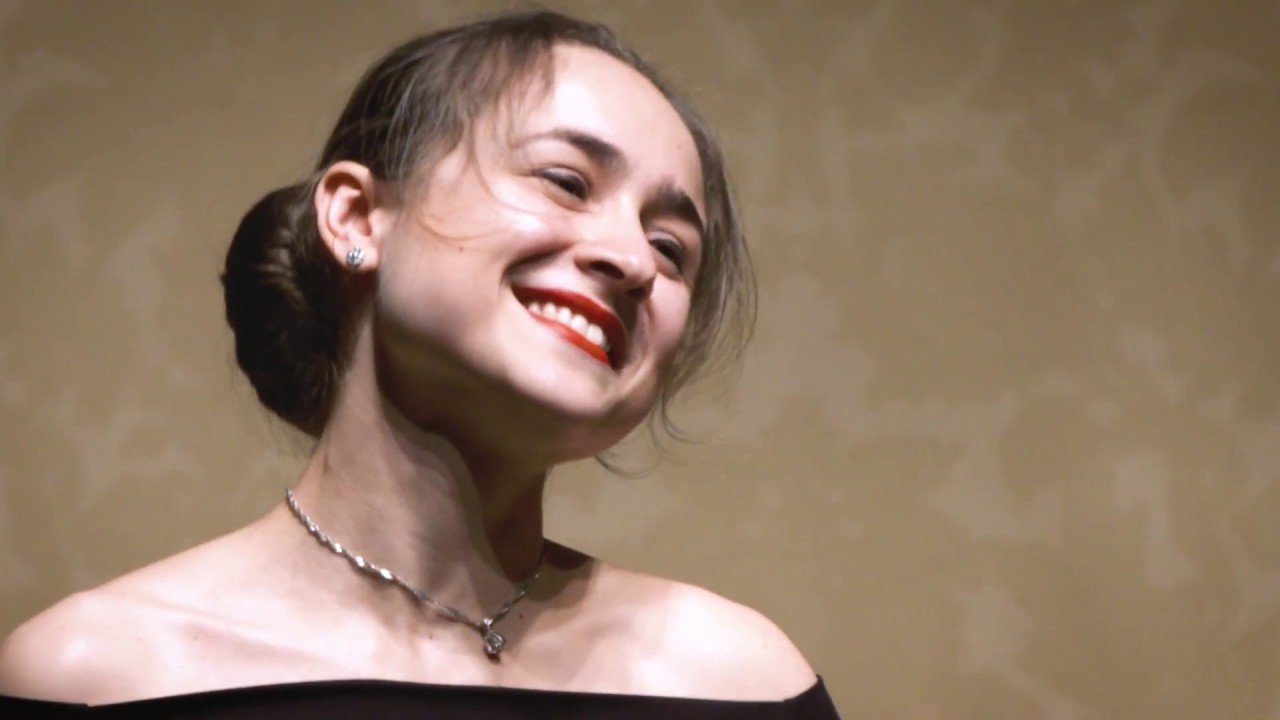 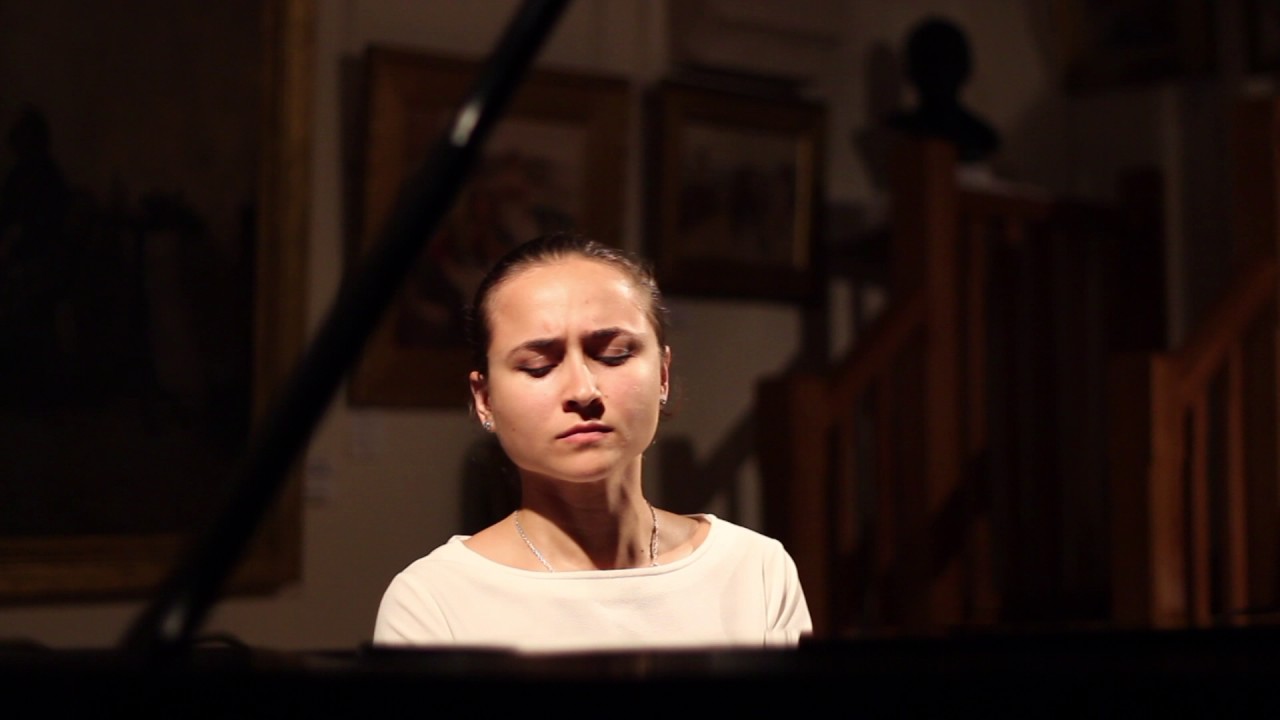 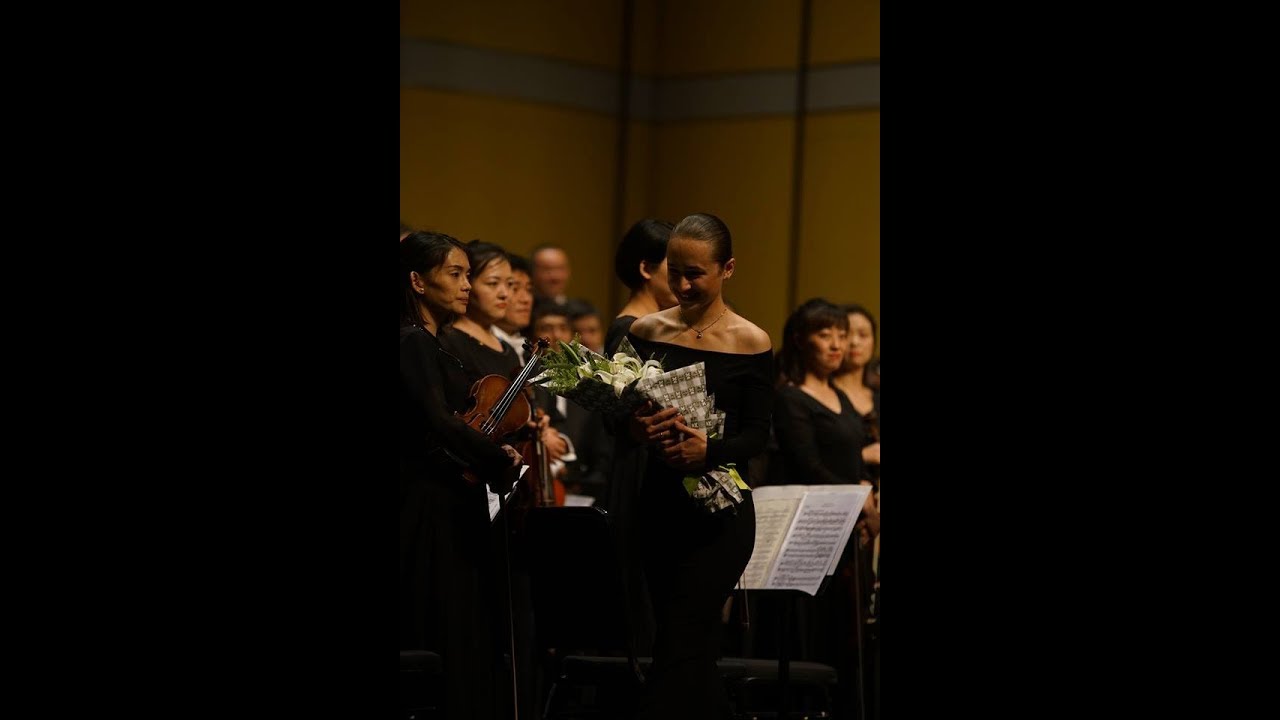 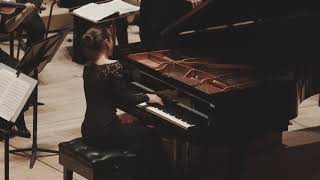 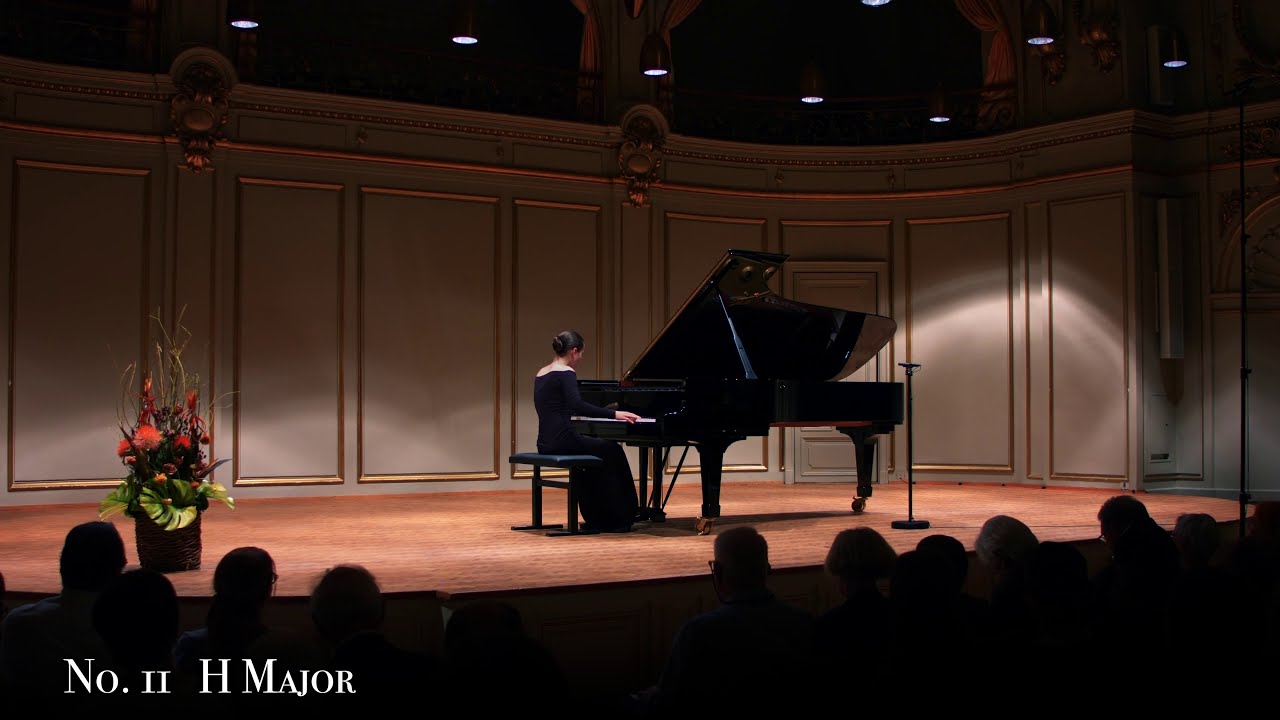 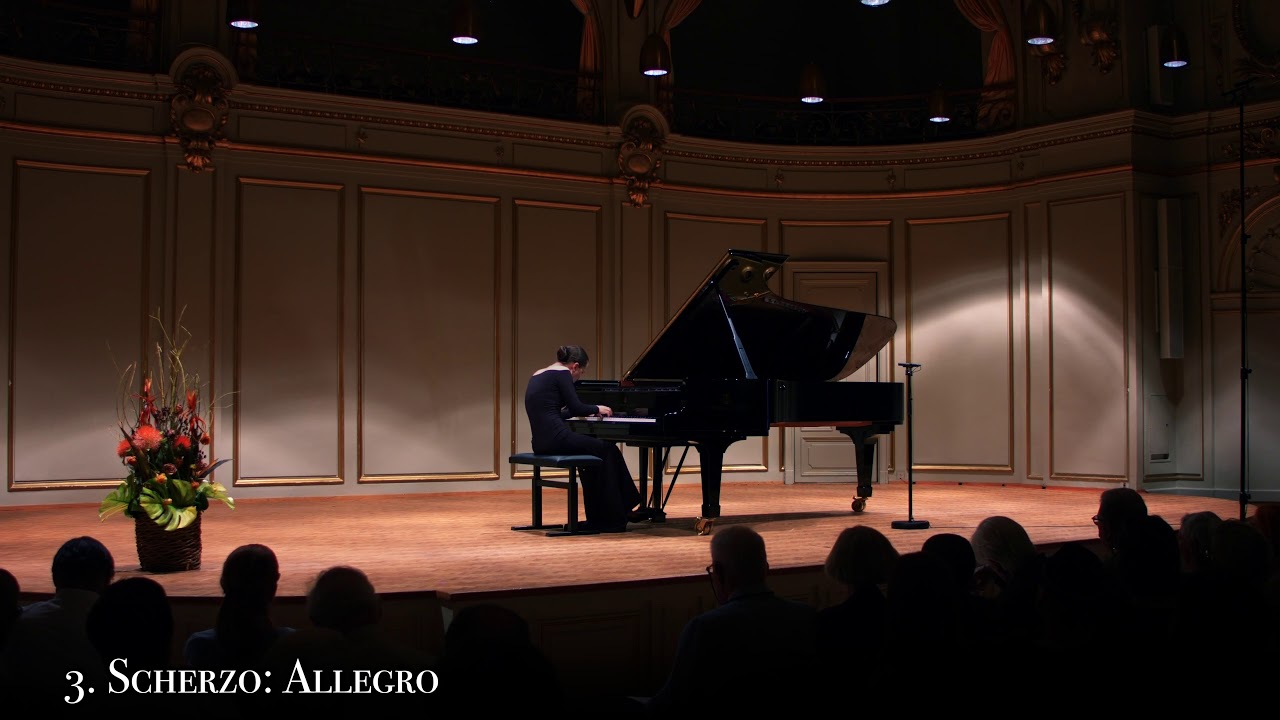 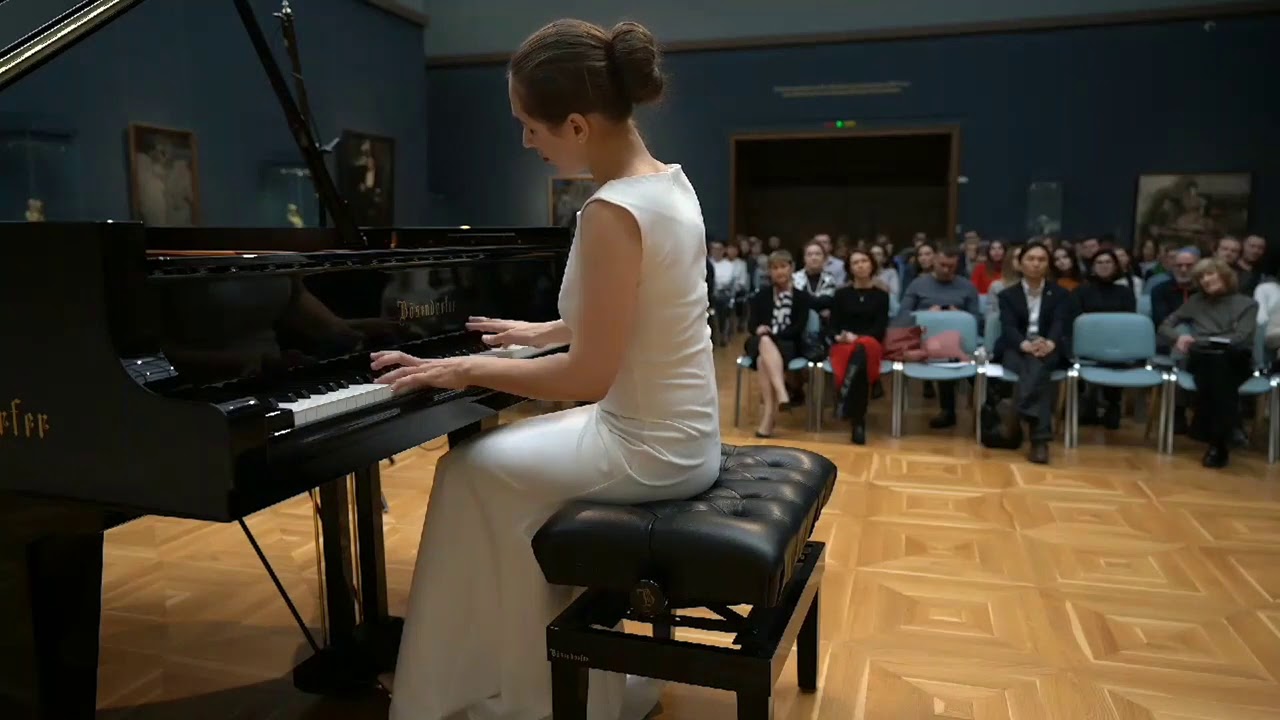 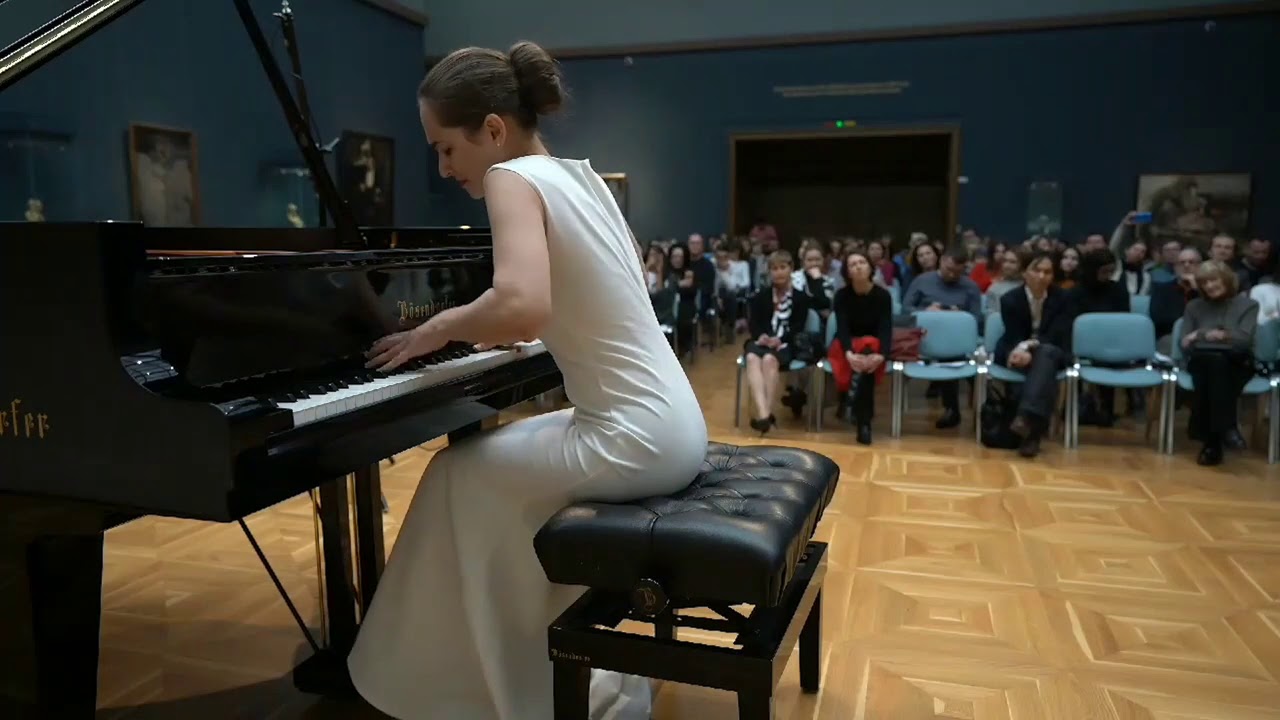 Described by Gramophone Magazine as embodying “superb pianism and intelligent musicianship”, Anna Tsybuleva shot into the international spotlight in 2015 when she was crowned First Prize Winner of the Leeds International Piano Competition.  She received wide critical acclaim for her winning performance, and was described as “A pianist of rare gifts: not since Murray Perahia’s triumph in 1972 has Leeds had a winner of this musical poise and calibre” (International Piano Magazine).

Now a regular performer in major cities worldwide, Tsybuleva’s early experiences were more modest.  Born in 1990, she was raised in the mountains of Nizhny Arkhyz – a small village of approximately 500 inhabitants – in the Karachay-Cherkess Republic of Russia, where nature and the beauty of her surroundings proved a constant source of inspiration.  These beginnings have served to feed directly into the development of her unique performance style today, which is one of captivating intimacy: drawing the listener into a private sphere of music-making in even the largest of concert halls.  Since those rural beginnings, Tsybuleva has gone on to triumph in recital on many of the greatest international stages, including Het Concertgebouw Amsterdam, KKL Luzern, Palais des Beaux-Arts, Philharmonie Luxembourg, Shanghai Oriental Arts Center, Tonhalle Zürich, and the Wigmore Hall.Read More

Tsybuleva is signed to record label Signum Classics for a multi-disc deal, releasing her debut concerto recording on the label in 2021 to enormous critical acclaim (Brahms Piano Concerto No.2, with DSO Berlin conducted by Ruth Reinhardt).  Praised for her interpretation included “Poetic lyricism, combining geniality with grace” (Gramophone), and “Tsybuleva reveals deep empathy for the hushed anguish cocooned in the heart of Brahms.  Passionate, exquisite, hypnotic” (BBC Music Magazine).  In 2022, she made the world-premiere recording of a newly commissioned piano concerto, with the London Symphony Orchestra conducted by Marin Alsop.

After graduating from the Moscow Conservatoire in 2014 with the coveted award for ‘Best Student’, Tsybuleva furthered her studies with Claudio Martínez-Mehner at the Hochschule für Musik Basel.  During these two years, she developed her growing passion for Romantic repertoire of the German School, and won the Leeds International Piano Competition in 2015 with her captivating performance of Brahms Piano Concerto No.2, under the baton of Sir Mark Elder and the Hallé Orchestra.  Tsybuleva has since combined her international performance career with a thirst for further knowledge, and has just completed post-graduate studies at the Moscow State Tchaikovsky Conservatoire.  With her “energetic elan, bravura, and heart-on-sleeve communication” (International Piano Magazine), Anna Tsybuleva is fast emerging as one of the finest pianists of her generation, “destined to become a world piano star” (APE Musicale, Italy).

Tsybuleva remains true to the core values of her early years.  Keen to share the beauty of her childhood with others, in 2022 she launched her inaugural festival – AlterSono – amidst the mountains, rivers, and 10th century temples of her home town (which is now also home to the world’s largest space telescope).  Combining music, science, space, and people, the festival invites artists and audiences to embark upon a magical journey of artistic, humanist, and scientific exploration – themes close to Anna’s heart.

Anna Tsybuleva is proud to be a part of the Yamaha Artist family, and grateful to Yamaha for their kindness and support.

On 27 July 2022, Anna performs a programme of Beethoven, Brahms, and Chopin in Corsica, France, as...

On 1 July 2022, Anna gives a recital of Chopin and Schumann in Lisbon, Portugal, as part of the...

“Tsybuleva’s playing exudes poise from the outset. She plays with real lightness and the resulting clarity is revelatory without being analytical in the Pollini sense. The result is positively illuminating, finding profound beauty and tenderness.”
International Piano Magazine

“Every magical note of Tsybuleva’s performance held the audience spellbound by her artistry.”

“Clearly a sensitive soul…she knows how to float long, lyrical lines with a cushioned singing tone, and how to blend rippling passagework with the orchestra…a fine artist in the making.”

“A pianist of rare gifts… Not since Murray Perahia’s triumph in 1972 has Leeds had a winner of this musical poise and calibre.”

“The playing of this magnetic young Russian artist is thoughtful, elegant, yet exciting… I have admired Richter’s take, but this new recording is even more satisfying for its broader approach.”

“A revelation of mature musicianship, combined with an extraordinary communicative skill rare in a young musician, conjuring up a sound world of endless colour…”

“We are looking at a real champion here, destined to become a world piano star.”

Tsybuleva has been described by as embodying “superb pianism and intelligent musicianship” (Gramophone Magazine) and “A pianist of rare gifts: not since Murray Perahia’s triumph in 1972 has Leeds had a winner of this musical poise and calibre”(International Piano Magazine).