“Schneider embodies every moment of the music. Between her subtle, lyrical gestures at one moment, and her explosive power at the next, it’s impossible to take your eyes off her.”
Russia Kultura Channel 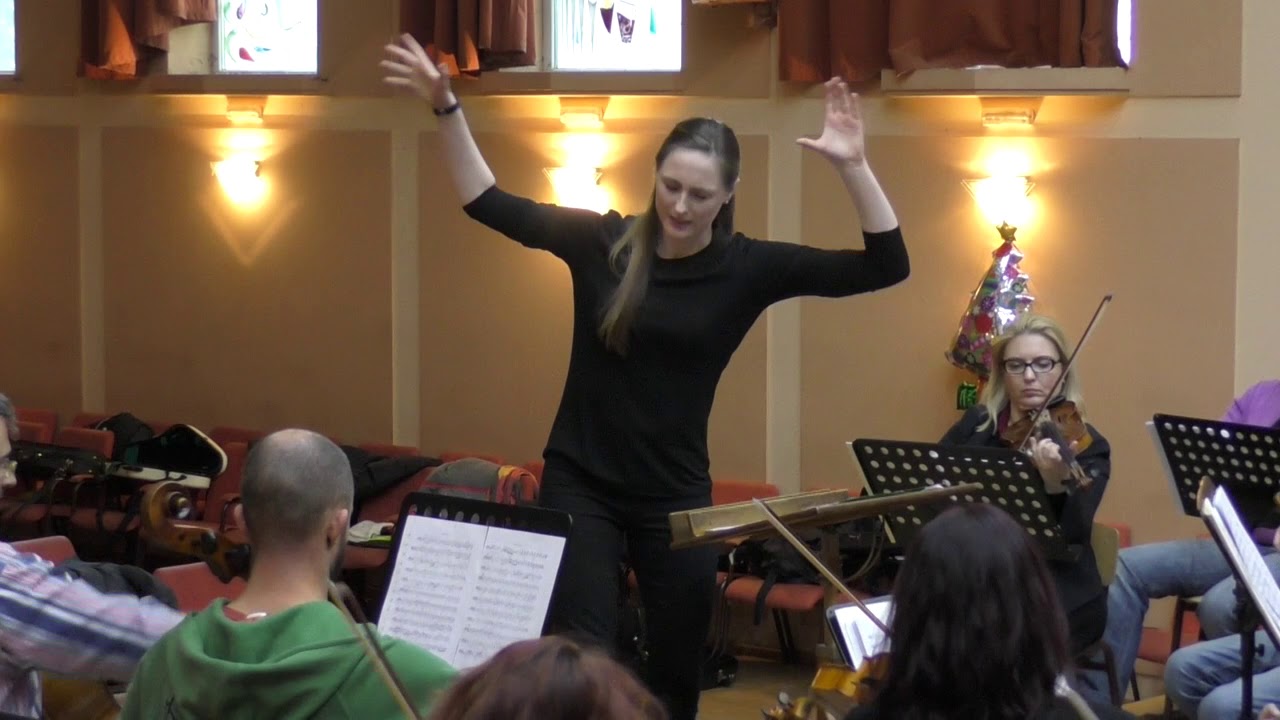 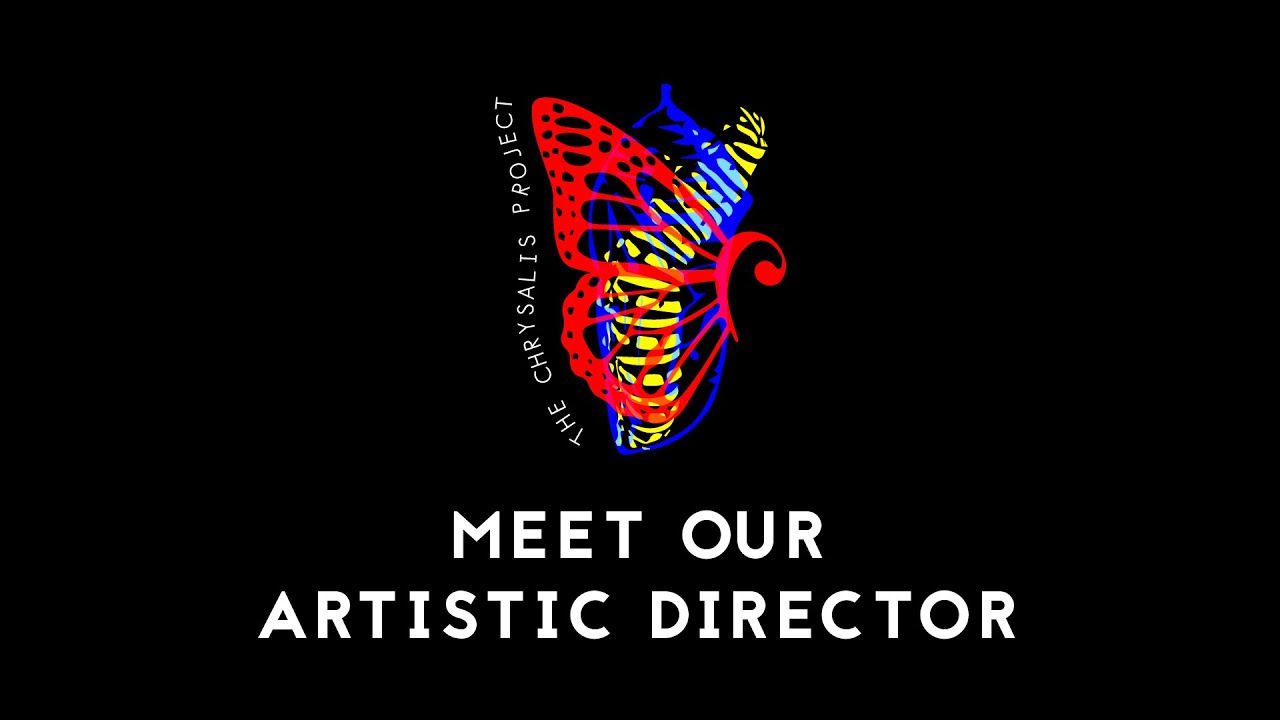 Hannah Schneider is a trail-blazing young conductor, representing one of the most refreshingly free-thinking and excitingly entrepreneurialmusical voices of her generation.  She is also one of the brightest – not only in possession of exceptional artistic vision and elite academic pedigree, but also enjoying a natural affinity for languages (conversant in English, Hebrew, German, Italian, Mandarin Chinese, and Russian).

The 2021/2022 season sees the launch of Ensemble Vox: ensemble dedicated to the intersection of classical music and social impact, based in Oxford, UK.  As Music Director,  Schneider focuses on unusual programming, including a careful mix of classics, new commissions, and some of the 21st-century’s most daring and genre-defying composers such as Michael Gordon and David Lang.  She also prioritises experimenting with friendly, non-traditional performance spaces in order to encourage wider community access to classical music, and as such the orchestra has performed in homeless shelters, hospitals, nursing homes, refugee detention centres, and even bars, in addition to more traditional concert halls.Read More

In response to the COVID-19 pandemic, Schneider also launched the Chrysalis Project: a multi-national initiative connecting internationally renowned film-makers, choreographers, composers, and the Oxford Alternative Orchestra.  This project is creating a series of short films, with a view to presenting new fusions of multiple artistic genres – a way of instilling a message of new hope in a time of darkness.

Further to the launch of Ensemble Vox, the 2021/2022 concert season also sees Schneider makes her Chinese debut with The Sichuan Orchestra of China, assists Barbara Hannigan with the London Symphony Orchestra, and works alongside Jessica Cottis at the Royal Opera House.  Other recent and forthcoming highlights in her growing international conducting career include returns to the Grange Opera Festival, Oxford Philharmonic Orchestra; and numerous orchestras throughout Russia and Eastern Europe.

Born to American parents, Schneider was raised in Moscow, where she developed an early passion in for the art, music, and stories that originated behind the Iron Curtain.  Her musical gifts were initially cultivated at Moscow’s State Tchaikovsky Conservatoire as a student of the violin.  She went on to obtain her Bachelors Degree in Russian Literature at Georgetown University, Washington D.C., where – at the age of 23 – she developed a programme to find musical talent in the North Causasus region of Russia, in association with Clive Gillinson and Carnegie Hall.

For nearly two years, Schneider served as the personal administrative assistant to Valery Gergiev, as well as Director of Special Projects for the Mariinsky Foundation of America.  In these intensely enriching and fascinating roles, she worked closely on all matters from programming to touring, from to fundraising to producing festivals for the Mariinsky Theatre (including, for instance, in Vladivostok).  During this time, and with Maestro Gergiev’s mentorship and encouragement, Schneider began to turn her attentions towards conducting, undertaking formal  lessons with Leonid Korchmar whilst resident in St. Petersburg.  Now based in the United Kingdom, she receives generous coaching from Jessica Cottis and Karen Kamensek, has participated in masterclasses with Paavo Järvi, and continues her close relationship with her ongoing mentor Valery Gergiev.

In 2020, Schneider completed her doctorate on the canon of Rodion Shchedrin at the University of Oxford, where she attended as a Rhodes Scholar.  Not only is Oxford’s Rhodes Scholarship widely held to be the world’s most prestigious scholarship programme (renowned for producing many Heads of State, such as US President Bill Clinton) – but it is also a programme that places emphasis on attracting people who are committed to using their skills for the betterment of the world.  Inspired by this environment, Schneider champions the belief that music has the potential to create a cultural and societal impact not stymied by global politics.  Her fundamental aims as a conductor therefore hold sacred, at their core, the drive to use music as a means to effect change for greater societal good.

Although Russian music served as her entry point into conducting, this is by no means the exclusive focus of Schneider’s rapidly expanding symphonic and operatic repertoire.  She is well-versed in music of the 19th and 20th centuries, and also enjoys a natural affinity for contemporary music, with a particular passion for contemporary opera – with the OAO she has staged the Oxford premieres of The Cave (Steve Reich) and The Corridor (Harrison Birtwistle), in addition to producing fully stage performances of canonic works such as La Traviata and Eugene Onegin.

Conductor Hannah Schneider has just been awarded a TORCH HCP grant for her Chrysalis Project, by...

On Friday 12 February, conductor Hannah Schneider hosts a webinar on behalf of the University of...

“A brilliantly-minded and visionary young conductor of immense promise and talent, deeply musical and with a clear and accomplished technique.”
Jessica Cottis, conductor
“Masterful, rewarding, mesmerising…”
Daily Info, Oxford
“Schneider is enchanting…”
Rodion Shchedrin, composer
“Although her interests extend far beyond the Russian sphere, it is clearly some of the music Schneider knows and loves best. She came into her own in the Tchaikovsky, demonstrating a nuanced knowledge of the score and a great depth of musicality.”
Oxford Music Review
“Schneider embodies every moment of the music. Between her subtle, lyrical gestures at one moment, and her explosive power at the next, it’s impossible to take your eyes off her.”
Russia Kultura Channel

“She feels the music in every pore of her body… the orchestra and the audience could not take their eyes off her every movement of her baton.”

“Every cell of Schneider’s body reverberates the music.”

“Throughout the performance, conductor Hannah Schneider held the ensemble beautifully, with elegant exactitude and powerful flair. Absolutely one to watch, with a trail-blazing get-up-and-go.”