“A conductor deserving of the highest hopes. His conducting is beautifully detailed and precise”
Main Echo 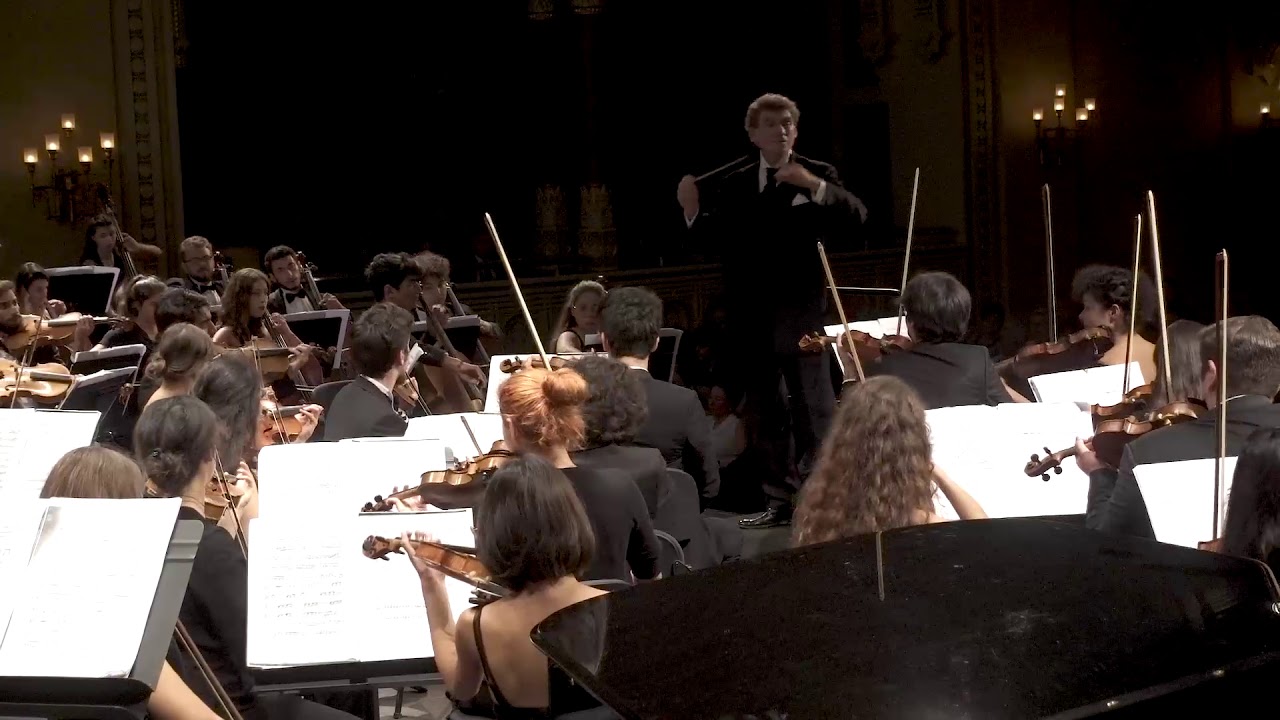 Cem Mansur’s approach to the conductor’s role in society is highly relevant in the post-pandemic world where aspects of live music will need to be redefined as a socially more inclusive element, especially as a tool for cultural integration.

Mansur studied at London’s Guildhall School of Music & Drama, where he was awarded the Ricordi Prize for Conducting.  He went on to attend the Los Angeles Philharmonic Institute as a pupil of Leonard Bernstein.

Since the 2019/2020 concert season, Mansur has served as Artistic Director of the Cemal Reşit Rey Concert Hall – Istanbul’s main concert venue – where he heads the programming of over 180 events per season across all genres of classical music (including a programme of visiting orchestras), world music, jazz, and modern dance.  As part of his mission, he is developing the CRR Symphony  Orchestra into the “orchestra of the 21st century” – an ensemble that functions in a number of modules, combining educational work, touring and performing diverse programs with major international soloists.

Mansur is passionate about the importance of music as a powerful tool for affecting change in wider society.  Through his concept ‘The Laboratory of Democracy’ (an open rehearsal session), Mansur engages both orchestras and audiences in issues such as co-existence, different levels of leadership, the nature of authority, and of individual vs. collective responsibility, as well as the differences between such concepts as hearing/listening and leading/following.  The sessions explore the basic concepts of democracy – individual worth, minority rights vs majority rule, compromise, personal freedom, equality – all demonstrated through the model of the orchestra as a miniature society.  Mansur’s work on the peace-building role of music has also found expression in his conducting the Greek-Turkish and Armenian-Turkish orchestras over several years.

Throughout his career, Mansur has been a major voice in Turkey’s classical music scene.  As well as regularly conducting the Istanbul State Opera, Mansur is the Founder & Music Director of the Turkish National Youth Philharmonic Orchestra, formed in 2007.  Under Mansur’s leadership the orchestra has grown steadily in international profile, with performances at such prestigious venues as Beethovenfest Bonn, BOZAR, Brucknerhaus Linz, Konzerthaus Berlin, Konzerthaus Vienna, Prague Rudolfinum, Sala Santa Cecilia in Rome, and the Ravello Festival. The orchestra’s work has been recorded and broadcast by Arte, Bayerischer Rundfunk, and Deutsche Welle among others.

Cem Mansur has served as Principal Conductor of the City of  Oxford Orchestra (1989-97) and of the Akbank Chamber Orchestra (1998 to its disbandment in 2011) where he has explored the repertoire in highly creative programs and thematic festivals that looked at history and identity through the lens of music.  He has been President of the Ipswich Choral Society, one of the oldest such institutions in England, since 1999.

As a guest conductor, Mansur works with major orchestras and opera houses across the world.  He commands a particularly strong profile in Russia, enjoying frequent guest engagements with the Mariinsky Theatre at the personal invitation of Valery Gergiev, including  conducting the company’s inaugural performance of Puccini’s Madame Butterfly.  His symphonic career has included guest engagements with such orchestras as the Britten Sinfonia, English Chamber Orchestra, Helsinki Philharmonic, London Mozart Players, and the Royal Philharmonic Orchestra.

Cem Mansur’s extensive repertoire includes many unusual and lesser known works.  He conducted the premiere of Elgar’s unfinished opera The Spanish Lady in London, and Offenbach’s opera Whittington received its first performance since its nineteenth-century premiere under Mansur’s baton at the City of London Festival in 2000.  Mansur also conducted the European premiere of Arvo Pärt’s Symphony No.4 with the Helsinki Philharmonic Orchestra, and the world premiere of Pärt’s Veni Creator.

On Tuesday 24 November 2020, Cem Mansur returns to the stage in Istanbul, conducting the CRR...

On Monday 19 October, Music Director Cem Mansur returns to the stage with his Istanbul ensemble,...

“An assiduous reading by Cem Mansur and the Royal Philharmonic had that feeling for tempo and nuance that lets the music do the work.”

“Conducting without a score, Cem Mansur shaped a headily dramatic reading which had the orchestra at full stretch…The energy and attack were exhilarating, the tempo brisk, his feel for the conversational cut of the vocal line exemplary. Mansur has the measure of Tchaikovsky’s style… He always left room for expressivity while textures were finely judged to enhance the composer’s inspired orchestration. Cem Mansur is a talent to watch.”

“The excellent Cem Mansur conducted a brisk, buoyant reading notable for well-integrated textures and stylish phrasing. There was ebullience a-plenty but always the sense of a darker emotional ground-swell.”

“With his highly skilled and nuanced direction, Mansur draws out a widely colourful and varied soundscape…perfectly capturing Don Juan’s wide-ranging sonic palette and ever-changing colours. […] La Forza del Destino has never before come across as sharply, or more poignant and powerful, with full dramatic weight and intense lyricism under Mansur’s baton.”